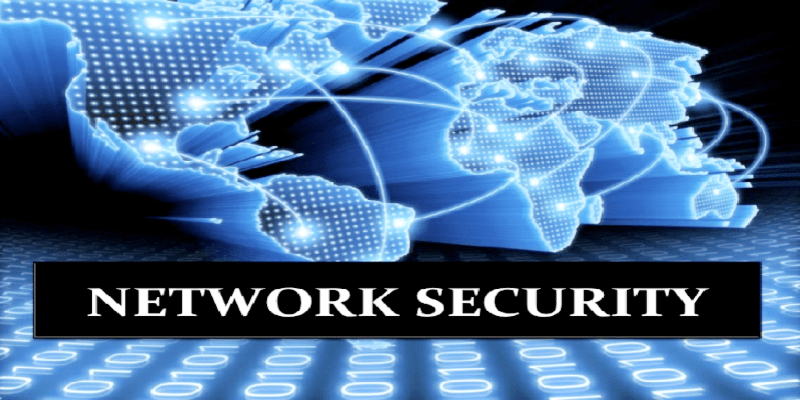 The network security requires the guarantee of restricted access to confidential information, the protection against unauthorized access, risks, and possible security threats, and improvement of network capacity. It is important to protect the network at all its points of access, and the key factors in network security include encryption, secure keys, antivirus software, and sophisticated network security devices. The IT security network is essential for the proper operations of the computer network and here some introduced devices will help your secured network.

There are several IT security network devices available:

How is the IT security network set up?

Network security incorporates several layers to the physical and logical perimeter of the system. Each layer of data security controls implements network and controls. Entitled users have access to network services, but users with malicious intent are blocked from accessing these resources.

What advantage do I get from the IT security network?

Digitalization has dramatically changed our culture. Today, how we live, work, play, and learn has all changed. A business that wishes to offer products and services must secure its network. Network security protects from hackers and data breaches. Ultimately it preserves your name.

Some IT security network devices you need to know

There are three different ways to deploy a Wi-Fi network:

Sensors are strategically installed in a building to identify radio frequencies. The sensors capture data that are sent directly to an archival server. The high-end solution is more costly, but it is often seen as being more successful.

Most WIDPS have any of the following:

The system that stores and organizes information gathered by sensors. The console provides a screen for administrators to input and monitors all the WIDPS settings.

NAC IT security network device solutions are a vital weapon used in the modern world as handheld devices and the Internet of Things (IoT) have flourished. New technologies come with their own set of vulnerabilities which pose a challenge for technology security experts.

Fortunately, NAC products are designed to allow a wide number of connections from a variety of networking devices. Without a Network Access Control (NAC) in operation, businesses carry on a tremendous amount of responsibility by allowing workers to use their smartphones and tablets on the local network. A NAC approach requires an effort, but one that proves to be more beneficial later on.

The primary objective of any NAC product is to protect the security and integrity of an organization’s network, including both the physical network and any connected cloud networks. NAC IT security network devices are principally constructive, ensuring they prevent threats from being harmful in some way. To help facilitate incident management, some reporting solutions such as Varonis can help facilitate incident management from one central server.

To again a competitive advantage, businesses must have the ability to seamlessly collaborate with third parties and partners. The exchange of raw data feeds is often sufficient, but also requires network-to-network integration for a smooth experience.

When it comes to network access controls, the tricky thing is ensuring access to the suppliers and partners without exposing you to new channels of attack. A NAC approach also includes a VPN client for remote users to access services within the network via a protected channel. Both movements can be tracked by the NAC so they can be audited.

Newer products have been developed using artificial intelligence and machine learning technology. This ensures that some aspects of incident management can be automated, simplifying the operation. Instead of looking at reasons why a problem could be expanding, find ways to restore networks to maximum power.

For eg, let’s assume that a hacker gains unauthorized access to a corporate network by compromising IoT devices. The NAC tool will ensure that this system is recognized as being corrupted and it will immediately block its access to restrict the extent of the intrusion.

To save money, most businesses today are allowing workers to use their mobile computers rather than buy staff members a dedicated piece of hardware. To further protect a network, you cannot fully monitor the equipment that would be placed on the network.

In most cases, the presumption is that all new devices are blocked from the internal network before they follow the procedure’s security policy. Your role requires that you have the authorized NAC client installed to obtain complete access to our internal resources.

As workers carry their own mobile devices to function, it will be easier to access the devices. That is not true for IoT devices, which lack the standard user interfaces and also only have proprietary features. Even with NAC solutions, IoT devices will also be used in their access policies.

The system’s main feature is to inventory and tag all unknown devices within the complex network. That way, we will categorize IoT devices into special categories with restricted permissions and capabilities. NAC tools will actively track IoT operations and ensure the computers themselves have not been hacked by hackers as happened in the Mirai Botnet incident in 2016.

An Intrusion Protection System can track and deter network exploitation by examining network traffic flows. Vulnerability vulnerabilities normally come in the form of malicious inputs to a target program or function to inhibit and hack machines. Then the infected program is not only hijacked but also abused.

The IPS also sits directly behind the firewall and filters harmful traffic coming from malicious IP addresses. The IPS differs from the IDS because it is an adaptive mechanism that takes decisions on the traffic at all times of the day. You must report to the superior (as would be seen in an IDS IT security network device)

Blocking traffic from the source.

A network protection component must function well to prevent deteriorating network capacity. It should be swift and it can be used in near real-time. The IPS must be capable to eradicate risks and false positives (legitimate packets misread as threats).

Signature-based identification is based on special signatures for each exploit. Exploits and ciphers are contained in a large and constantly increasing dictionary. Signature recognition for IPS splits down into two different categorizations:

It is a larger signature that accounts for the weakness of the device being attacked. These signature checks help network security administrators to prevent unauthorized access to private networks.

Statistical anomaly analysis monitors network traffic at random and corresponds to a benchmark known for a certain success level. When the baseline network traffic operation conditions have been exceeded, IPS will make an appropriate adjustment to adjust its performance.

It was launched as a standalone unit at some point in the mid-2000s. The new generation of firewalls allowed to provide security well beyond traditional firewalls (at the enterprise level).

An IDS IT security network device improves the protection of a computer network by identifying a hacker or malicious program, and then removing it immediately to avoid a violation or incident, and then report the results of the incident. Preventing threats would often be less expensive to businesses than countering or remedying the attacks.

So, attackers will succeed in breaching other security mechanisms from time to time. Knowledge about these agreements must be quickly shared with management, and this can be easily achieved with an intrusion detection system.

An IDS IT security network device helps administrators find security holes or security risks that an attacker might take advantage of. There are several intrusion prevention systems:

Host-based IDS systems are designed to track, identify and respond to various types of malware and malicious activities. Your data will likely be the object of a breaching attack. They will also attack and install Trojan programs in a specific host. Host-based IDS IT security network devices can include decision management, predictive analyses, and data forensics. Host-based intrusion detection systems are useful in combating intrusion attempts in specific files or system facilities. In most instances, host-based intrusion detection is built into the computer system’s operating system.

Network traffic-dependent intrusion detection systems monitor network traffic to detect intruders. Unfortunately, firewalls are intrusive tools that intrude through network traffic. The various Internet protocols that manage communications between external and internal networks, such as TCP/IP, NetBEUI, and XNS, are vulnerable to attack and should provide measures that can detect malicious events. Cryptography makes intrusion prevention devices impossible to deal with. There is a limit to speed since 1Gbps will be not required in the operation of time.

Cooperative agents are extremely critical in a distributed IPS architecture. An agent is a separate program that does beneficial activities for humans. An Intrusion Detection System or IDS is a piece of software that monitors files and log-ins and automatically records attacks to a central server. Cooperative agents will establish networks for data transfer and handling. Multiple agents in a network can extract more information about the network than possible with a single IDS.

• Parents – who want to stop their children from viewing material they find unsolicited or offensive – are the three biggest people who use web filtering.

• companies – who want the links to websites outside of their work for workers to be avoided. • Web filters also have useful support to avoid any malware infection.

• Schools – schools tend to apply site filters to companies and parents similarly in the hope that offensive and distracting contents are blocked and, at the same time, they also hope to shield themselves from malware.

• Blocklist & Allow List Filters – When a parent administrator is used, any websites that are considered inadequate are entered manually in the software, and these websites are blocked afterward. Enable lists can only be used in reverse form – i.e., URLs will then be inserted manually into a permissible registry, and all other pages will be remote.

• Keywords and Content Filters – In many respects, the same kind of filtering is blocking and allows the filtering of a list with a much wider spectrum. Keep a close eye on websites with such keywords or predefined content filters (such as pornography, for example).

The program often or unexpectedly reboots or restarts.

There are different ways to optimize the use of computing resources:

Last link — This approach takes into account the current server load. The latest request goes to the server which currently serves the least number of active sessions.

Adaptive load balancing agent-based — Each server in the pool has a load balancer report agent. This knowledge is used in real-time to decide which server is ideally positioned for a request.

Chained failover – The server order in a chain is set.

Networking software-specific – This technique blends upper and lowers networking layers. It enables users to be informed of the state of servers, the status of their systems, the health of network networks, and the extent of network congestion that is part of the decision-making process for load balancing.

A mail gateway cannot only be used for routing mail, but can also execute other functions like encryption or, to a lesser extent, DLP. Spam filters will more often spot unsolicited emails and block them from reaching a user’s mailbox.

Spam filters judge emails based on organizational or vendor practices or trends. More advanced filters use a heuristic technique to detect spam by suspicious word or word frequency patterns.

The filtering takes place based on certain regulations, including banning emails from certain IP addresses, emails that have certain terms in the subject line, etc. Spam filters are used to screen incoming messages and can also be used to check outgoing messages to detect internal PCs that contain a virus.

Our study indicates that…

We’ve discussed almost all devices that can improve the protection of your home network. Some security systems, such as firewalls and antivirus applications, are essentials to have; but others, including IDSs or IPSs, can be skipped out on. Before designing or investing in a security system, you should always do an IT security risk assessment. Because an assessment would let you know where you should spend your money. 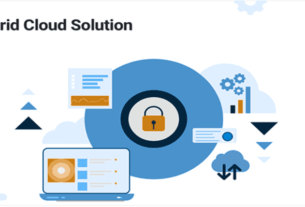 The Best Hybrid Cloud Solutions for Small and Mid-Sized Business 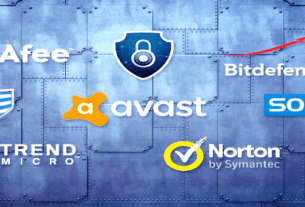 Some Best Computer Security Software to Protect Your Information 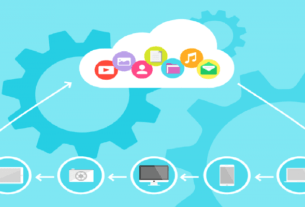